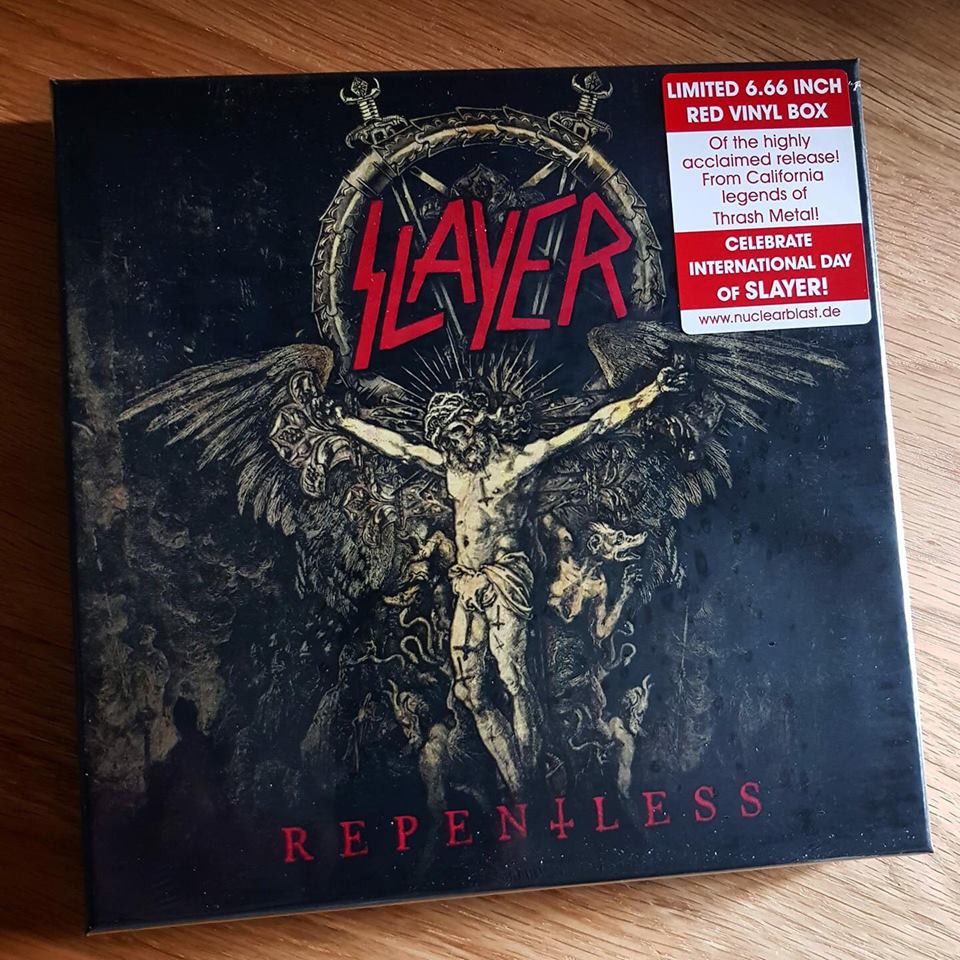 Groundbreaking speed/death metal band Slayer recognized the International Day of Slayer with a sticker on the box set of the Slayer album Repentless, the 2015 album that showed Slayer returning to form with 1980s speed metal riffs mixed with modern song structures.

For those of us who labor out here in the fields of Slayer appreciation, this was great to see, as well as a sign that Hessians worldwide continue to celebrate the International Day of Slayer as a holiday for our culture as exhibited in one of the greatest metal bands to walk the Earth, Slayer.

Most people think of culture as something you see in a museum or read about in school, but culture is a set of attitudes and behaviors that has many layers. You might have your national culture that you are born into, the culture of your region, and then elective cultures that fit your own outlook toward life. One of those is being a metalhead. You are born a metalhead, but when you finally find your group, nothing can stop you from fully realizing your cultural alignment.

At the International Day of Slayer, we have always believed that heavy metal is a culture that needs recognition and understanding just like any other culture, and that metalheads as a worldwide culture are a powerful force not just for asserting our own identity, but for enforcing change according to our values. That may not be political or social in the conventional model, but a shift in values from "safety first" to "let's have a raging good time."

Metal culture worships power instead of fearing power. It looks toward the centers of things, instead of the boundaries. It understands that the only way people can feel existential happiness is when they are experiencing intense and powerful struggles that are at the heart of life itself. We are not like others who shy away and want to make everything safe, happy, and cute. We want war, death, blood, and Hell, and we see those lurking beneath the shiny exterior of modern society.

This means that metal cannot be made into a political device, or a social movement, or even a product. Metal has a life of its own because it has a spirit of its own. That is what we celebrate at the International Day of Slayer, and we are thankful to Slayer and its management team for recognizing our efforts on the Repentless box set.