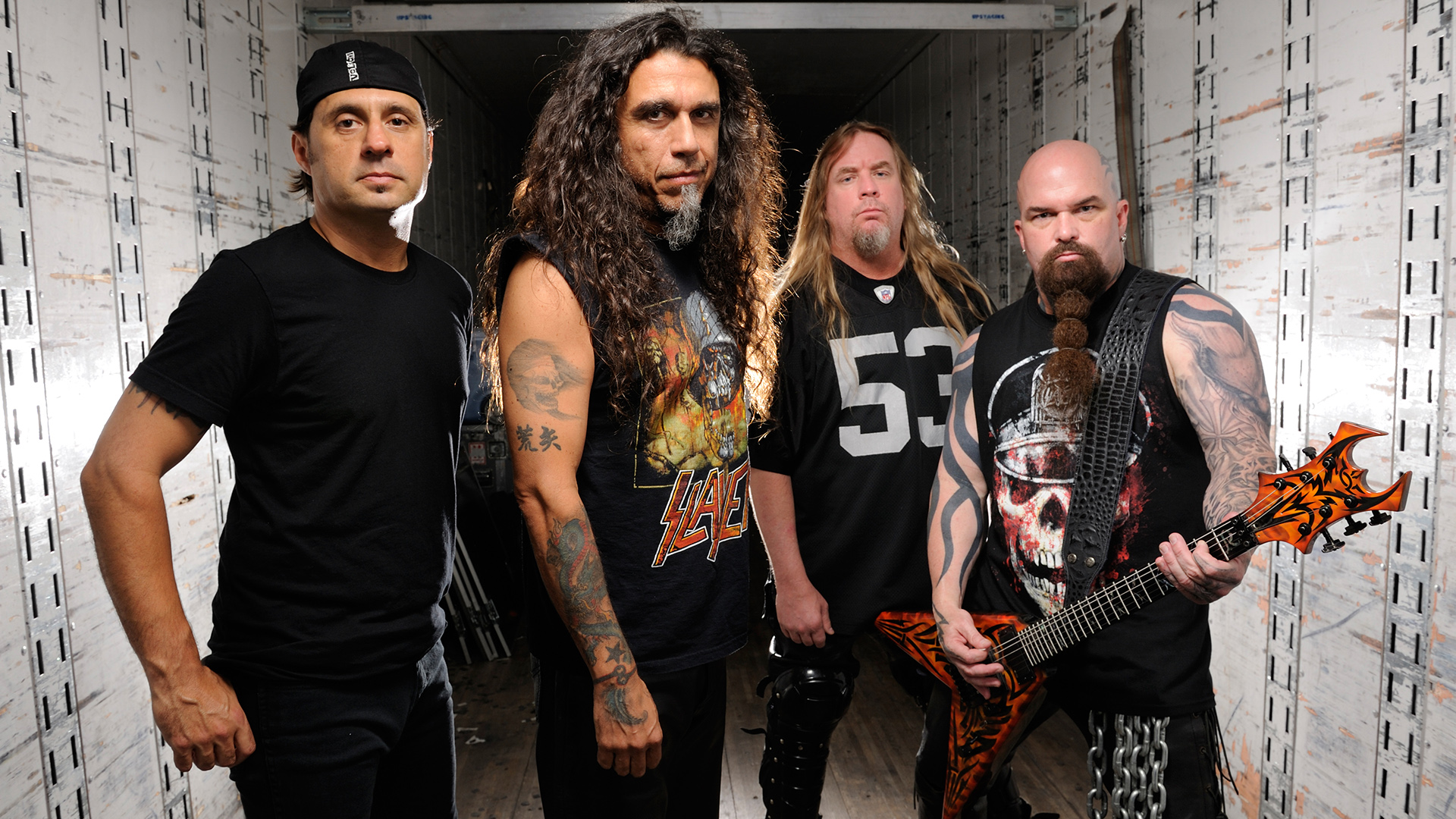 On the tenth year of working with my fellow teammates on the International Day of Slayer, I feel fortunate to be part of this holiday even though my role is small. Slayer is bigger than you think; not only are they (cough) the best heavy metal band in the universe, but arguably the best music since Beethoven. Yet their role takes on dimensions even beyond that. Slayer was the beginning of the revolution against our adorable society, which wants to do "good" more than to be "right," and so has submerged all of us into a neurotic hell of conformity, obedience, fear and trembling.

To launch the International Day of Slayer this year, we have gone to the NFL-style numbering system and proclaim this day International Day of Slayer XI! Get used to the new nomenclature, because I have researched Roman numerals and now know how to spell out all the important numbers (DCLXVI). Also we have a special auditory treat for you, much as last year we uploaded a classic Slayer bootleg, Captor of Sin, a live recording from 1985 of Slayer bashing out early material with intense fervor. 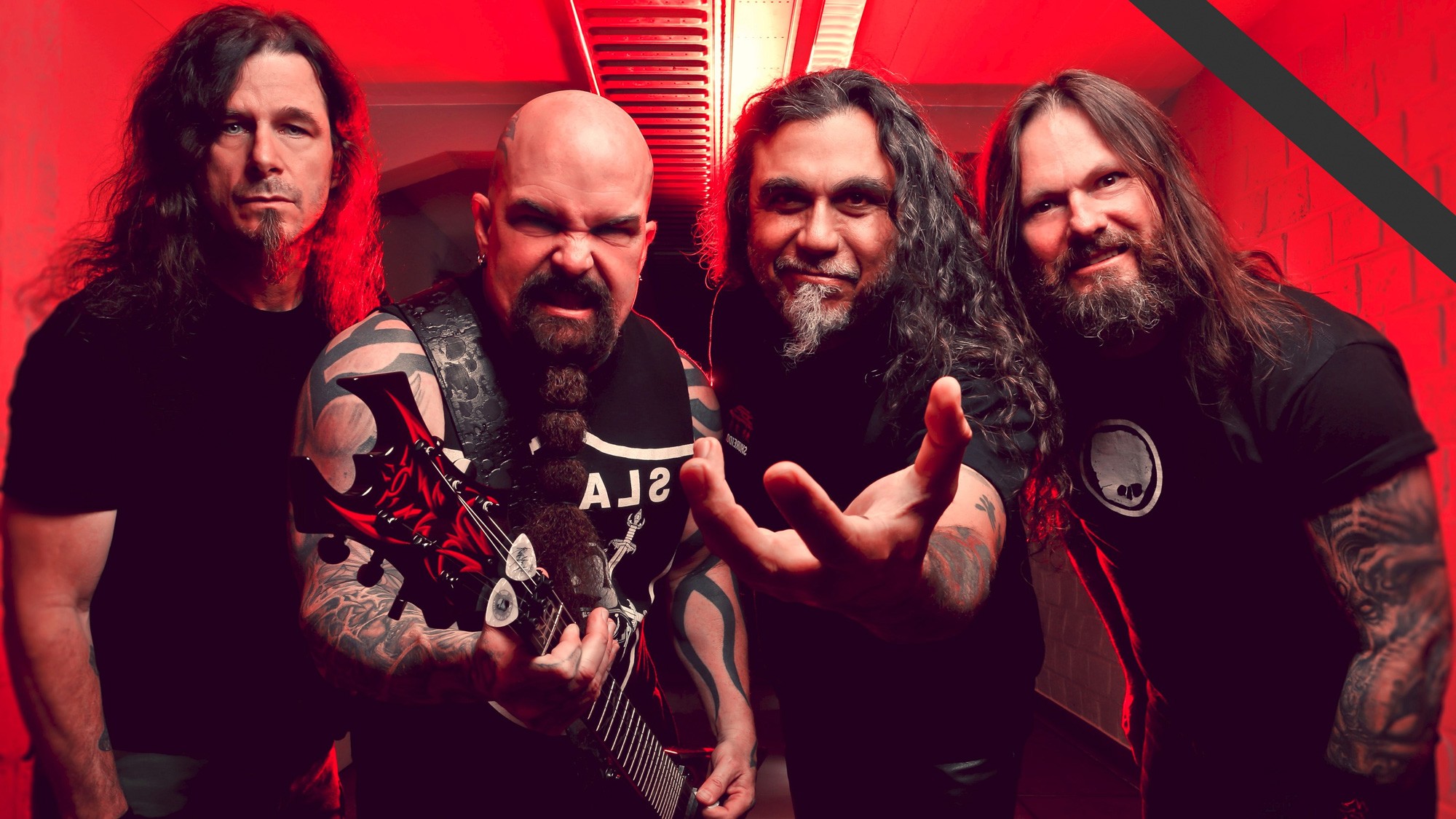 This year, we present for your listening pleasure Aggressive Perfector, another Slayer bootleg -- most of my house is filled with Slayer bootlegs -- a recording from the early 1980s showing the might and darkness of Slayer at their full power! Download, blast it at the neighbors, and raise the demonic dead of Hell with the power of its sound!

While you are listening, head on over to the Slayer Store to check out the International Day of Slayer sale on Slayer merch(andise) and music! 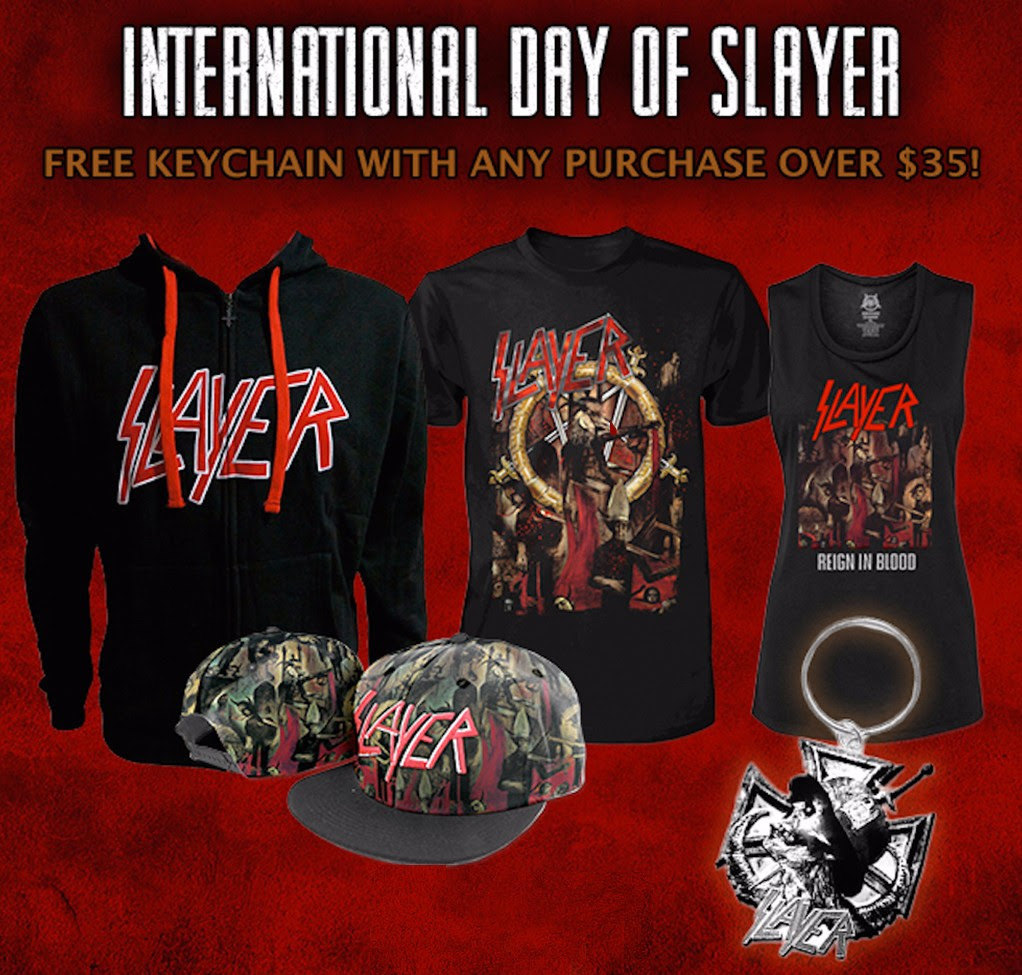 This goes without saying, but for me, every day is an International Day of Slayer. They were a ray of (darkness) light back in the 1980s, and their vision stays strong to this day. While we are all still shocked by the passing of Jeff Hanneman, we wish Slayer well in its new incarnation, and carry forth all of the truth and intensity that this band has always conveyed, because that which is eternally true can never die! Hail Slayer! 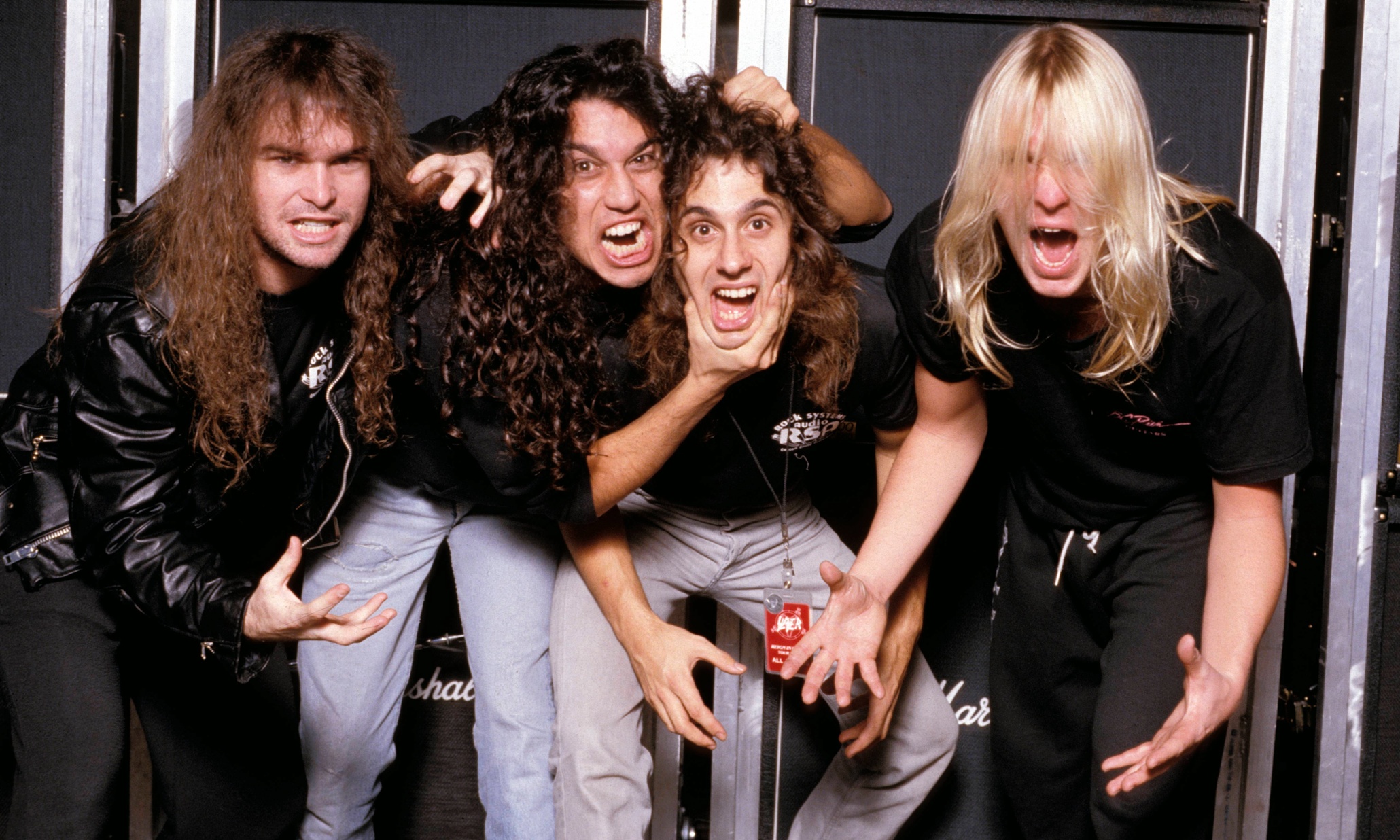