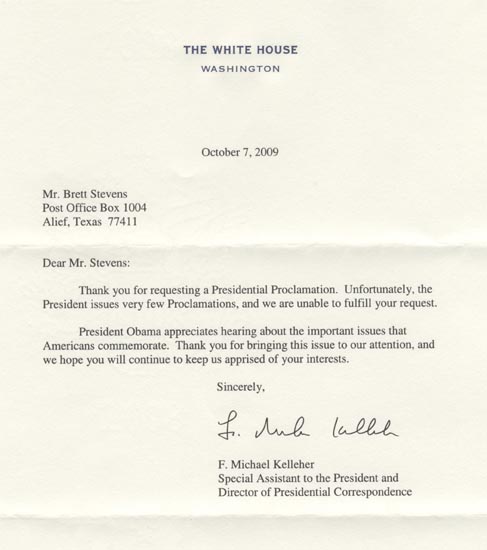 As it turns out, he may be too busy -- or too under fire -- to stop paying attention to mundane political matters and devote time to recognize this subgenre, but we understand. We're going to keep trying, even if this time the White House brushed us off with a form letter.

Slayer is an excellent mascot for the international heavy metal movement, which is composed of un-ironic people who worship war, chaos, death, destruction, natural selection, power and occult strength. We are not concerned with safety and making other people get warm fuzzies. We want the full strength reality brew and we want it now, and Slayer is our emblem.